In support of our mission of student managed productions, our Artist-In-Residence Program was created to help facilitate mentorship and collaboration between student leaders and their professional counterparts on our productions.  These artists are available to student leaders and cast members as an integral part of the educational process. 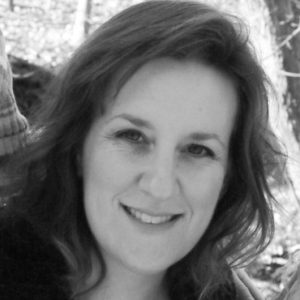 Marci has served as music director for hundreds of professional, community and educational program productions in the D.C. area over the past 40 years. In addition to working with The Free Theater (Fame, Mamma Mia, In the Heights), she is the resident Music Director for Free Range Humans, a professional immersive theater company, and serves on the Board for the brand new Free Range Kids program (both based in Frederick, MD). Marci has worked extensively with various educational musical theater programs in the DMV, including Montgomery County Public Schools drama programs. Favorite productions include Chicago, Oklahoma and Catch Me If You Can (Act Two at Levine), Jekyll and Hyde (immersive), Murder Ballad, Always Patsy Cline, Striking 12, 35mm (Free Range Humans), Double Trouble (Imagination Stage), Infinite Future: A Celebration of Leonard Bernstein (Monumental Theater), Tommy (Kensington Arts Theater), Aida and In the Heights (Northwest High School), Spamalot, Shrek and Forever Plaid (Rockville Musical Theater), Beauty and the Beast and Little Shop of Horrors (Damascus Theatre Company) and Seussical (Har Shalom Players). She is a University of Maryland theater and music department alumnus and has trained professionally with DC and NYC artists. Marci is also a collaborate accompanist, mentor and audition coach, freelance musician, and most importantly, a mom to her two musical daughters.

Before becoming an Equity Stage Manager, Hope was a credentialed teacher in the Los Angeles Unified School District, where she started a high school theatre program, as well as being the Artistic Director for a youth musical theatre program in the Palisaides. DC stage manager credits include BLKS, Lights Rise on Grace (Woolly Mammoth, workshop), Hand to God, Choir Boy, and The Big Meal (Studio Theatre), Marie and Rosetta, The Vagrant Trilogy, Paper Dolls, Queens Girl in Africa, Milk Like Sugar, and The Gospel of Lovingkindness (Mosaic), A House of Glass (Arena Stage), Awake and Sing and Our Town (Olney Theatre Center), Endgame (Baltimore CenterStage), as well as PSM on the National Tours of Rock of Ages (National and International), My Fair Ladyand Young Frankenstein. NYC credits include Who’s Your Baghdaddy (Off-Broadway) and Once Upon a Pastime(WPPAC). She was previously Resident and Touring Stage Manager for Honolulu Theatre for Youth and Associate Production Manager on Ringling Bros and Barnum & Bailey’s Bellobration. She is also a sound designer and produced playwright, whose work can be found on The New Play Exchange. 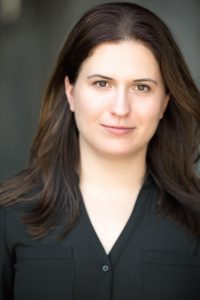 Megan Behm is a professional director and arts administrator (and occasional actor and choreographer) based in Washington, DC. She has worked for NextStop Theatre Company, Avant Bard Theatre, The Virginia Shakespeare Festival, The Welders, Woolly Mammoth Theatre Company, Constellation Theatre Company, Olney Theatre Center, the Folger, Mosaic Theater Company, Forum Theatre, and the American Shakespeare Center. She is currently the Deputy Managing Director at NextStop Theatre in Herndon, VA. She is a proud graduate of the College of William and Mary. Learn more: www.megan-behm.com or follow @mmbehm

Rikki Howie Lacewell is a WATCH nominated choreographer, director and performer based in the Washington Dc area. She has worked extensively in the Professional and Community Theater community over the past 20 plus years.